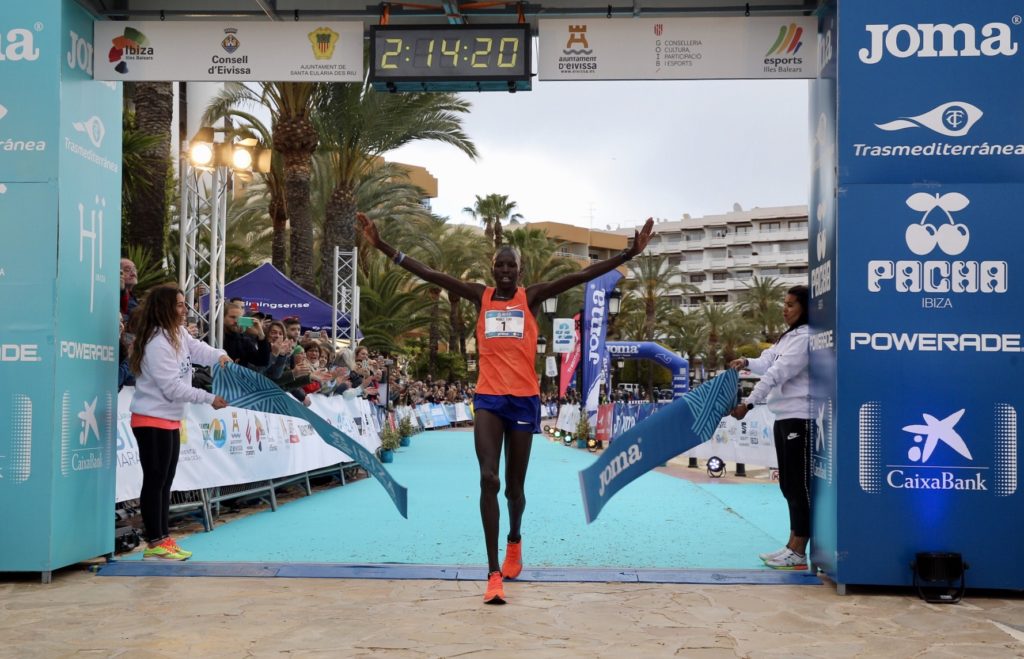 The Ibiza Marathon has not only beaten records in its third edition with regard to the number of competitors, mobilising more than 2,400 participants, but also in sporting results. The Kenyan athlete Eliud Kibet Too was the first to cross the line when the stopwatch marked 2:14:30, therefore achieving the best time in the history of this trial. And the same occurred with the women’s winner, the Ethiopian Belainesh Yami Gurmu who completed the 42,195-metre circuit in 2:34:30. Thus, both times slashed those achieved in the two previous years, which were 2:19:04 in 2017 and 2:15:58 in 2018 in the men’s category and 2:52:53 in 2017 and 3:03:41 in 2018 in the women’s category. 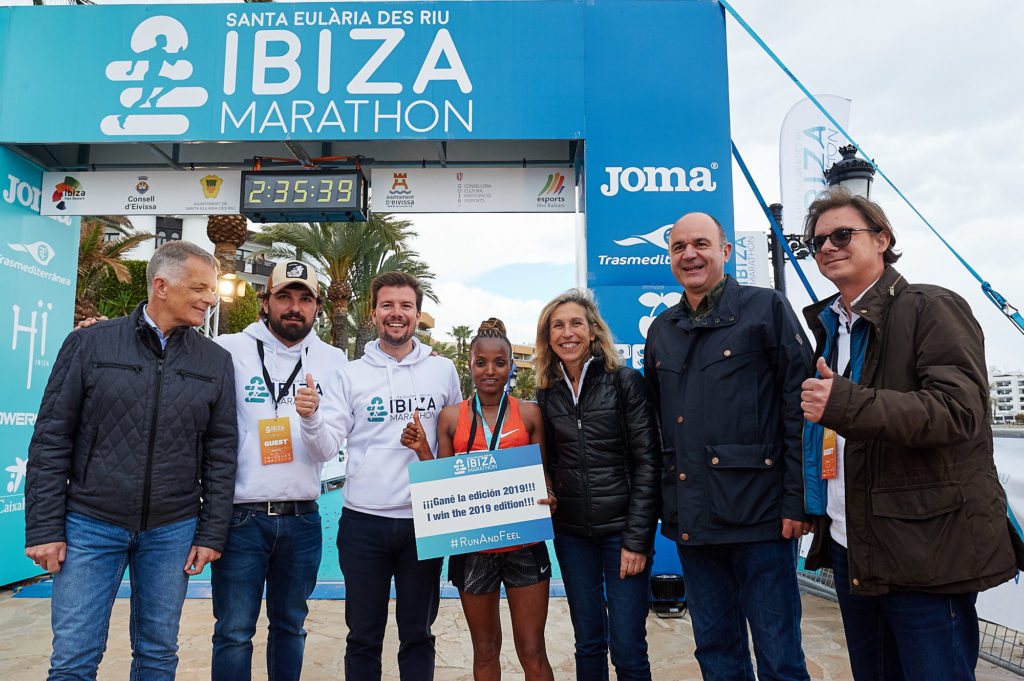 Moreover, the Ibiza 12K has also recorded historic times thanks to Anass Bourass, who completed the 12,000 metres in 00:38:38, and Gema Martín Borgas, who took 00:43:20 to cross the finishing line in the Paseo Marítimo of Santa Eulària des Riu. Therefore, these times better (by one and five minutes, respectively) the best men’s and women’s times previously achieved in this trial held in parallel with the marathon. 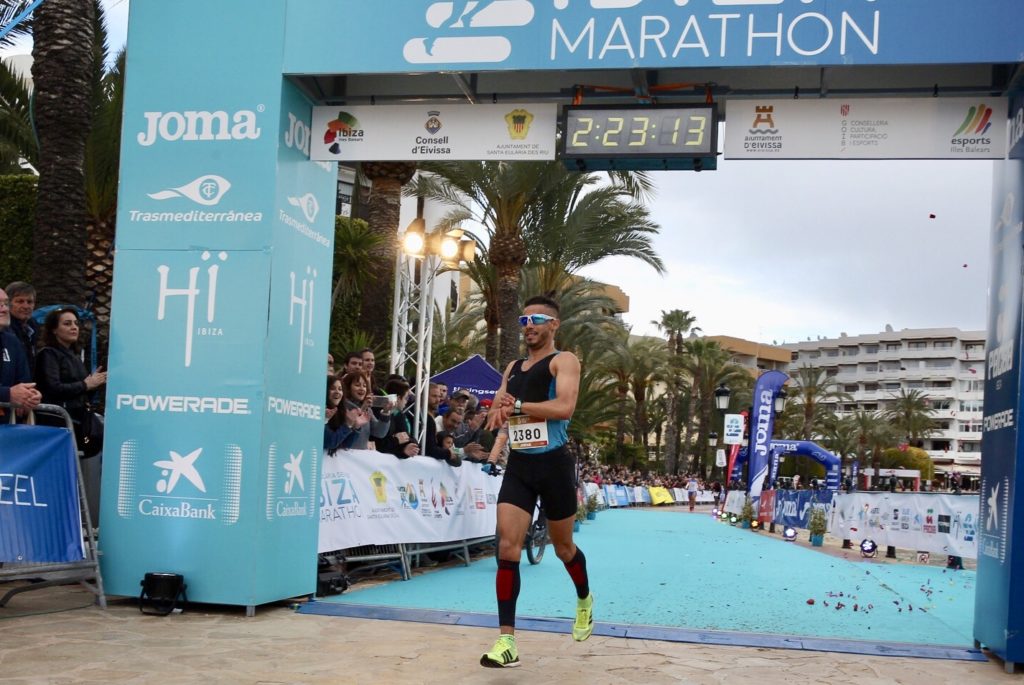 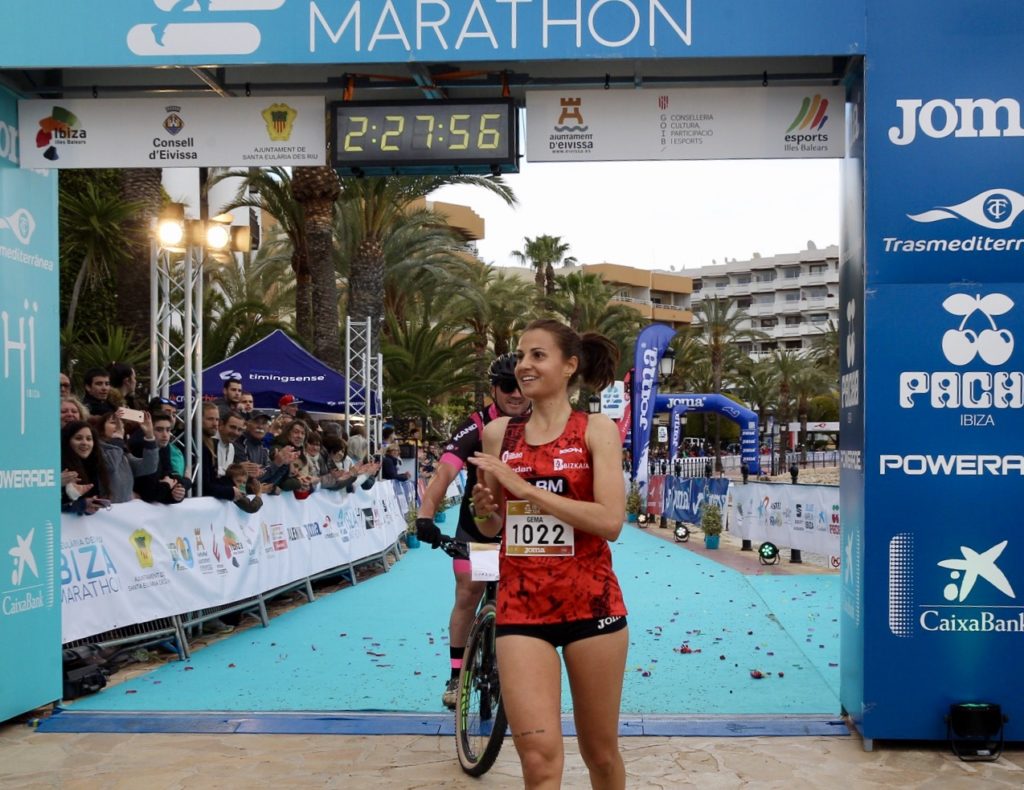 A sports project that continues to add innovations

The 2019 edition of the Ibiza Marathon is also notable for the introduction of two new races, the 42K Relay and the Ibiza Kids Run Caixabank. The first consisted of a relay marathon, so that the so-called Pheidippides distance is completed by a pair of runners who meet in the locality of Santa Gertrudis, in other words, each participant runs a half marathon (21K+21K).

The second new race consists of a trial intended to foster an interest in sport at an early age and to promote the footrace as an activity to be enjoyed by families. Held in the Marina of Santa Eulària des Riu on the morning of the same Saturday, the Ibiza Kids Run Caixabank congregated more than 400 children from 4 to 12 years of age, who felt like just the adults who participated in the marathon, the 12K or the 42K Relay.

The best example of the sporting potential of Ibiza

All in all, the Ibiza Marathon has become consolidated as the island’s largest sports event. The total number of competitors in 2019, more than 2,400 people, represented an increase of 16% compared to the previous year. The weight of international runners is especially relevant in this positive evolution with 17% more than in 2018. In fact, almost 74% of those competing in this third edition of the marathon were people of up to 49 different nationalities.

A sports event by and for the whole island

This year, the Ibiza Marathon and its parallel races have once again involved the residents of the island, since hundreds of people took to the streets to encourage the participants in the different trials. The involvement of volunteers is also relevant, together with the Civil Guard, Local Police and Civil Protection of all the municipalities who facilitated the smooth running of the event, known throughout the world under the slogan #RunAndFeel as synonymous with sporting and organisational quality. Therefore, the team of Talentum Group, as well as the institutions and sponsors, have expressed their great satisfaction in having demonstrated and reinforced the sporting potential of Ibiza. 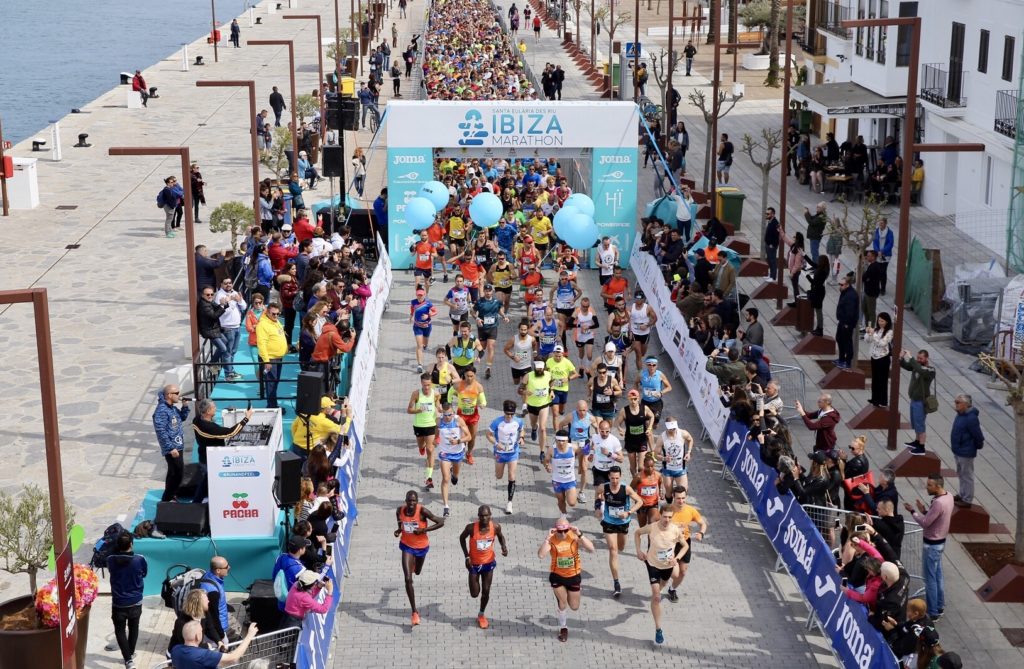