The Ibiza Marathon will collaborate with the international tour operator Jet2.com in the dissemination of its races

The Santa Eulalia Ibiza Marathon will have the collaboration of the international tour operator Jet2.com, the second European tour group, for the big events of the island next April 4. The British company, with great depth on the island, has chosen the Ibiza Marathon as the main event to promote tourism in the town of Santa Eulalia del Río in the remote periods of the summer season. 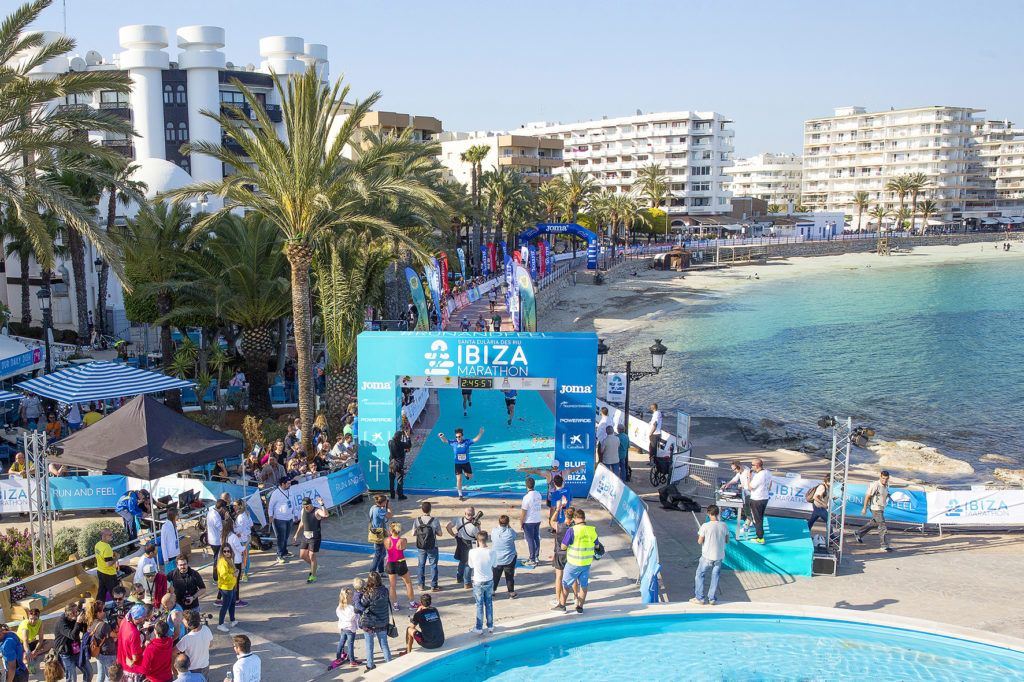 Jet2 will begin an operation that will offer travel packages linked to the Santa Eulalia Ibiza Marathon, 21K + 21K Relay, 20K or 12K to take advantage of the interest of European runners to participate in the test. Thus, a package will be promoted that will include hotel, transfers to and from the airport and bib number to participate in the race. The British company, in the second position as a tourist group in the European continent, will flood its communication channels with the offer of the great tests of the island, which will favor a powerful diffusion among the European public and, especially, that of the United Kingdom, which is positioned as the first market behind the Spanish in the Ibiza Marathon with 16% of the total participants.

Jet2.com and the Santa Eulalia Ibiza Marathon join forces to promote tourism in Santa Eulalia del Río with the great tests of the island as the spearhead of this agreement. With this strategic alliance, the public of the United Kingdom will be able to know the benefits of the island and the Ibiza town throughout the year promoting the economic activity of the island out of season.

About 18,000 annual visitors to the town of Santa Eulalia and a figure exceeding 6 million passengers worldwide annually, Jet2.com is positioned as one of the world-leading tour operators on the island and in the municipality . In its last year, Jet2 obtained a turnover of 4,000 million euros, of which more than half was generated in the transfer of travelers to Spanish destinations. The British airline operated 500 weekly flights with Spain in high season with 111 routes with its nine bases in the United Kingdom. Thus, on April 4, the great events of the island, with the novelty of 20K, will be able to attract hundreds of British runners thanks to the tasks of promotion and package travel of the company.

For Francisco Larrey, director of the Ibiza Marathon, the promotion agreement with Jet2.com will provide “a direct dissemination with great potential for the Ibiza Marathon due to the predisposition of the European public and especially the British public to travel to the island and run in the Ibiza Marathon in a particular way ”. The collaboration between Jet2 and the Santa Eulalia Ibiza Marathon, according to Larrey, will entail “a large influx of international audiences out of season, who will also come to practice sports and enjoy the island in all its aspects, so that the model of sports tourism and seasonally adjusted we propose ”.