The 2020 Ibiza Marathon will be held on 4 April

The Ibiza Marathon already has a date for the next edition. Just over a week since the end of the event, which brought together more than 2,400 registered participants including the marathon, the 12K and the half-marathon relay, the organisers have announced the 2020 edition, which will be held on Saturday 4 April next year. 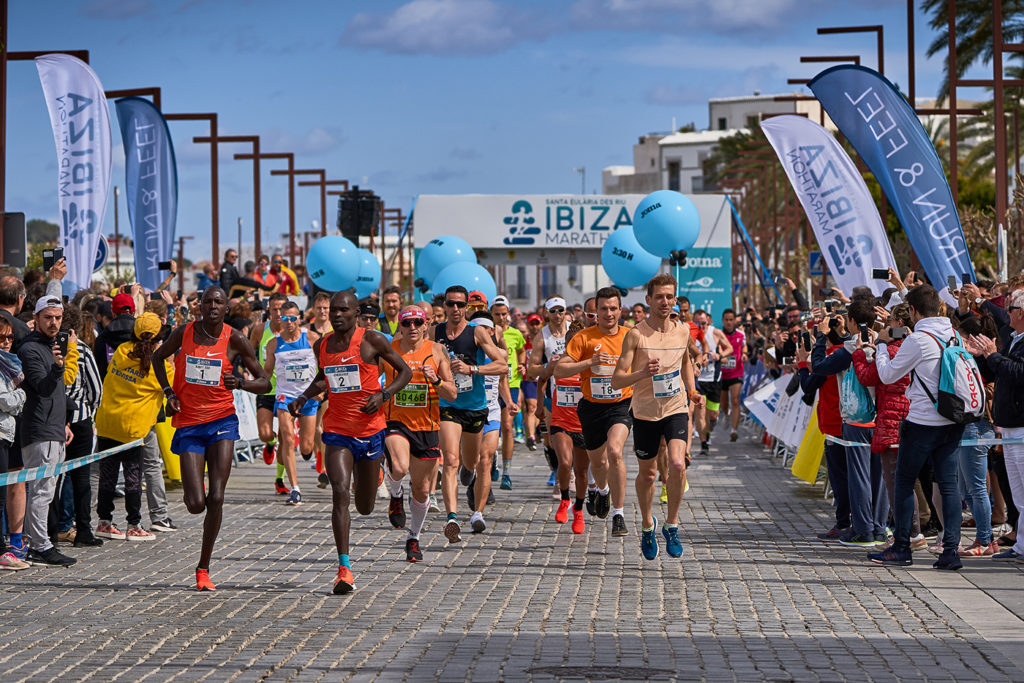 After the success of the event held on 6 April, the organisers of the great races of the island, Talentum Group, have confirmed to the Royal Spanish Athletics Federation that the sports event will be held the same weekend. Therefore, the Ibiza Marathon, the Ibiza 12K and the Ibiza 21K + 21K Relay will take place on Saturday 4 April 2020.

Thus, the more far-sighted runners can reserve the date in their diaries to participate in the #RunAndFeel experience and live the sensation of running on the Magic Island during the first weekend in April, coinciding with the beginning of spring. This year, hundreds of participants wanted to ensure that they did not miss the opportunity of participating in the great running trials of the island in a sports event that is experiencing constant growth and causing a sensation all over Europe and the world, with a total number of foreign runners of over 50% across the 3 trials and with more than 70% international participation in the marathon.

The Ibiza Marathon has become the most numerous participative event on the island of Ibiza, with more than 2,400 registrations. Furthermore, the trial gave a qualitative leap in a sporting sense with the circuit records being beaten by the Kenyan athlete Eliud Kibet Too, with a time of 02:14:30, almost one and a half minutes less than the previous best time; and the stratospheric time of the Ethiopian Belainesh Yami Gurmu, who finished the trial in 2:34:30 cutting the best time in the women’s category by more than 18 minutes.

Over the course of this week the organisers will begin selling race numbers for the fourth edition of the Ibiza Marathon, the Ibiza 21K + 21K Relay and the Ibiza 12K together with registrations for the Ibiza Kids Run, which will remain free of charge to introduce youngsters to the world of running and enable them to feel like true participants and stars in the marathon on the Isla Blanca.